The brain neuron, for its tiny size, does some big and powerful things. It has the amazing ability to gather and transmit electrochemical signals from neuron to neuron throughout the brain and body 5-50 times a second. It’s through your neurons that your brain communicates with itself and the rest of who you are.

A neuron has three basic parts: 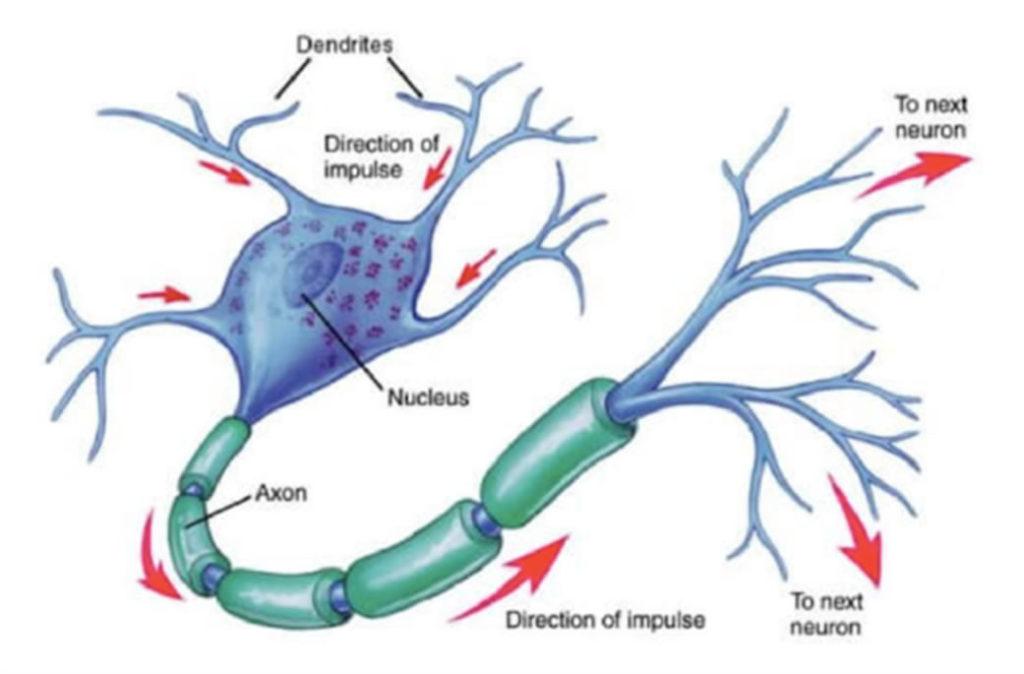 Each of our brain hemispheres (left and right) are traditionally divided into 4 lobes: frontal, parietal, temporal, and occipital. Think of these as geographical, topical designations on a 3-dimensional map. 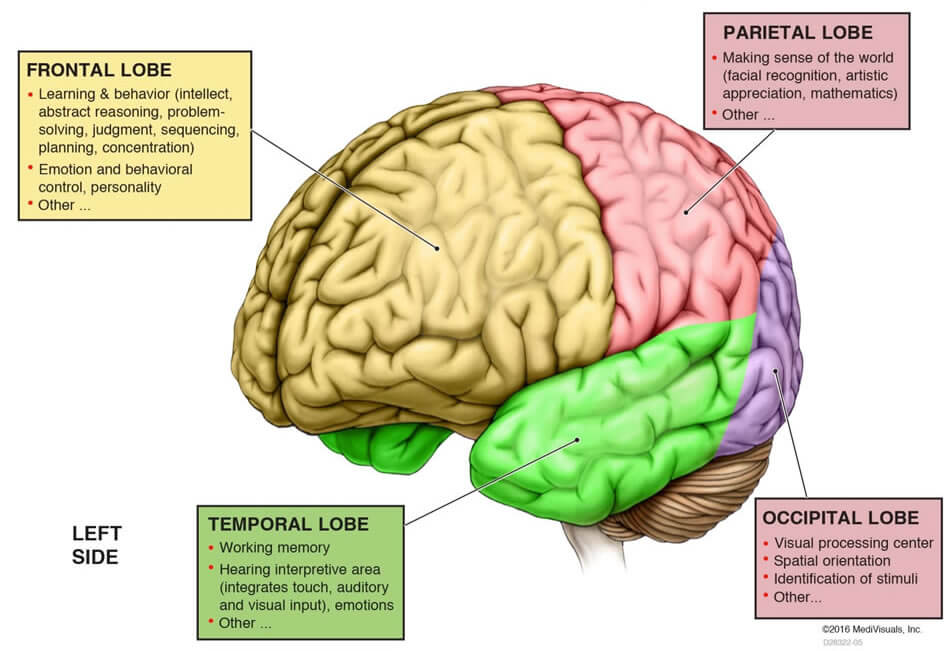 The frontal lobe is important for cognitive functions (mental processes that allow us to carry out a task), control of voluntary movement or activity, forming complete sentences, and is responsible for our personality traits. The parietal lobe processes information about temperature, taste, touch, and movement, while the occipital lobe is primarily responsible for vision. The temporal lobe processes memories, integrating them with sensory tastes, sound, sight, and touch.

Within these lobes are numerous layers of tissue and identifiable structures known to carry out a myriad of brain functions. Medical science has studied and mapped these regions extensively, and from this we know, more than ever before, what parts of our brain are responsible for specific tasks. That is not to suggest, however, we know what every brain structure does and is capable of, nor fully know how our incredible brains actually do what they do. So much remains an ongoing and fascinating mystery.

The cerebrum is the main part of the brain. Functionally, it obtains information from your surroundings and/or body and then sends that information to a specific part of the cerebrum. The part then interprets the knowledge and decides what must be done next. In short, your cerebrum, although approximately the size of a cantaloupe, holds the instructions for everything you do in your life. The cerebrum has two outer layers that play vital roles: the cerebral cortex and the prefrontal cortex. Cortex means “cover” in Latin.

The cerebral cortex plays a key role in memory, attention, perception, awareness, thought, language, and consciousness.  This cortex is very thin, about 2 to 4 millimeters thick. The cerebral cortex consists of gray matter comprised mainly of cell bodies (the heads of neurons).  The gray matter contrasts with the underlying white matter which consists mainly of white neuronal axons. In other words.  Gray matter is more dense than white matter.

The prefrontal cortex is the very outer layer of the cerebral cortex and is associated with high level executive functioning which relates to the ability to differentiate among conflicting thoughts, determine good and bad, better and best, same and different, future consequences of current activities, working for a defined goal, prediction of outcomes, expectation based on actions, and social “control” (the ability to suppress urges that, if not suppressed, could lead to socially unacceptable outcomes.)