What are coup and contrecoup injuries? 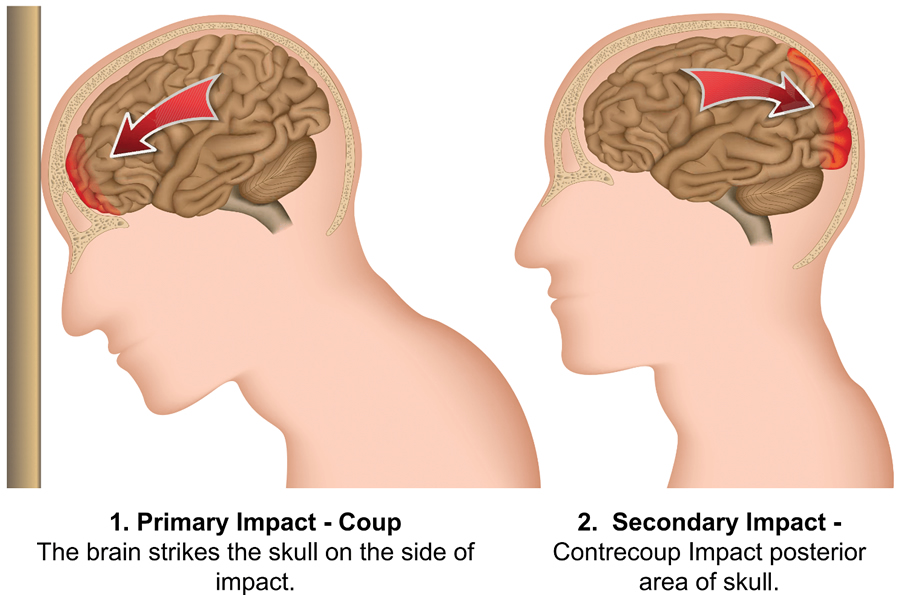 When they occur together, they constitute a coup contrecoup (pronounced coo contra coo) brain injury. These terms refer to the mechanism of injury. In other words, they are used to describe how particular sites within the brain become injured during a traumatic event and are not descriptive of injury classification or degree.

Coup and contrecoup injuries are considered “focal” brain injuries (those that occur in a specific spot in the brain) and non-penetrating but can cause a wider area of damage when diffuse axonal injury (DAI) is involved. Most brain injuries are the result of contact with outside objects, meaning something encounters the head. There does not have to be a head impact, however, for a coup contrecoup injury to occur. Shaken babies, for example, can have these injuries even if the head is never struck by or contacts an object. The movement of the brain within the skull is enough to cause the injuries.