What is the Glasgow Coma Scale? 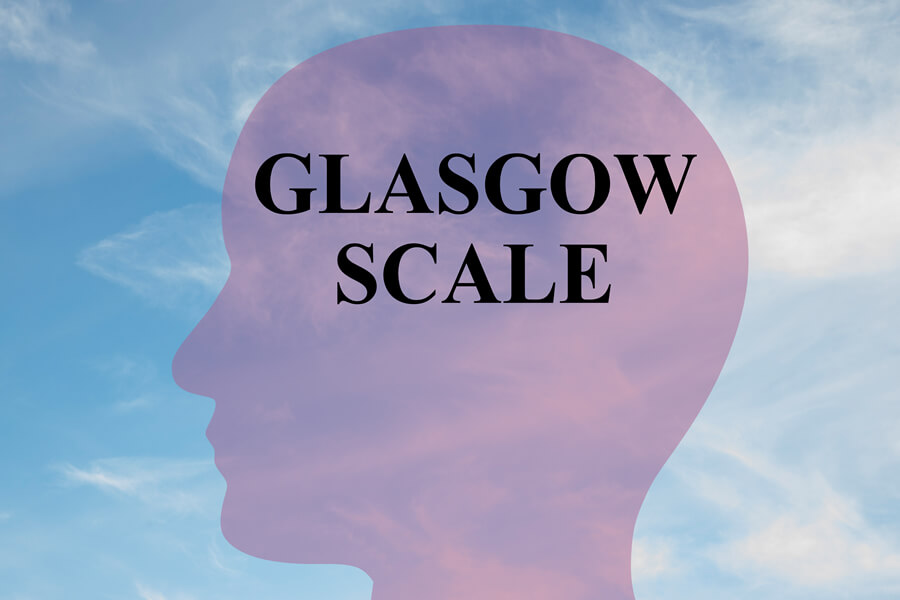 The Glasgow Comma Scale (GCS) is the most common scoring system used to describe the level of consciousness in a person following a traumatic brain injury. Basically, it’s used to help gauge the severity of an acute brain injury. The test is simple, reliable, and correlates well with outcome following severe brain injury.

The GCS is a quick and mostly objective way of recording the initial and subsequent level of consciousness in a person after a brain injury. It is used be trained staff at the site of an injury like a car crash or sports injury, for example, and in emergency rooms and intensive care units.

The Glasgow Coma Scale is a scoring system used to describe the level of consciousness of a person following a traumatic brain injury.  It measures a person’s functional levels to 3 Responses on a scoring scale ranging from 1-6 that include:

4=spontaneous
3=to sound
2=to pressure
1=none

5=oriented
4=confused
3=words, but not coherent
2=sounds, but no words
1=none

This scale is used by clinicians to rate the best eye-opening response, the best verbal response, and the best motor response an individual makes.  The final score/grade is the sum of these numbers. Individual elements, as well as the sum of the score, are important.  While every brain injury is different, injury is general classified as:

There are limitations to the GCS.  Factors like drug use, alcohol intoxication, shock, or low blood oxygen can alter a patient’s consciousness which can lead to inaccurate scoring.